It’s OK to See a Psychologist

Shôn Ellerton, September 3, 2019
We see the dentist on a regular basis to avoid having bad teeth. We see a GP to check that everything’s okay with us physically. But what about our mental state of mind?

Some of us have held, at some time or another, a job or a position within a toxic or stressful environment. Toxic, by the definition that employee relationships are strained and uncollaborative and stressful, by the definition of a combination of aggressive timescales, long hours and the subject matter of the work. For example, subject matter involving violent crime would be seen, by many, to be of a potentially stressful nature.

Many companies and organisations offer an EAP (employee assistance programme) to assist their employees, in strictest confidence, of overcoming any number of undesired side-effects while being subjugated under such environments. When potential ‘pressure-cooker’ symptoms begin to arise, it is not uncommon for management to arrange a staff session with a representative from the company’s EAP to explain what is on offer for the employee. Such benefits may include free access to counselling, emergency benefits, or complimentary consultations with a psychologist.

However, most of those who attend one of these briefings dismiss the notion of ever needing to consult with a psychologist or a counsellor. After all, surely one would only need to see a psychologist if something is wrong, right?

Don’t wait until it’s too late

First-off the rank. I did wait until it was too late. Some years ago, I worked on a project giving 110 percent of myself with little or scant regard to my general well-being, physically and mentally. I suffered depression and anxiety making work nearly impossible to do, only then, to realise, that much of that could have been avoided if a preventative approach to mental well-being was maintained. Clearly, I was not alone.

I attended an employee assistance programme (EAP) session while briefly working on a government initiative on ways to reduce the likelihood of violence and disenfranchisement towards children. After the EAP’s representative made the necessary introductions, the first question she asked, to an audience of around a dozen or so people, was

‘Raise your hand if any of you see a dentist once or twice a year.’

Sure enough, everybody in the room raised their hands.

Then she asked, ‘Raise your hand if any of you see a doctor once a year for a check-up.’

I’d say more than half in the room raised their hands this time.

Lastly, she asked, ‘Raise your hand if any of you see a psychologist once a year.’

Apart from the virtual noise of crickets, it was only me that raised a hand. A couple of heads cocked around to look at me, probably to check if I wasn’t a leper or a lunatic. To be honest, I expected this and, not being easily intimidated by stage-fright, I was perfectly comfortable with this.

The point she was making was clear and obvious. We’re perfectly happy with taking the preventative approach on checking up on our physical but not our mental well-being. Furthermore, many of us would never consult with a psychologist on a regular basis, let alone admitting having ever seen one in fear of being ridiculed of not being of sound mind.

She rattled off some alarming statistics, one of which specifies that 1 in 5 Australians in any given year suffer from mental illness. Another one she quoted was that 45 percent of Australians suffer from some form of mental illness during their life. 45 percent! I’ll say here that once you strike a deeper conversation with someone at your workplace, chances are, is that they also suffered an episode in their life of depression and anxiety. But most never reveal or talk about it openly. 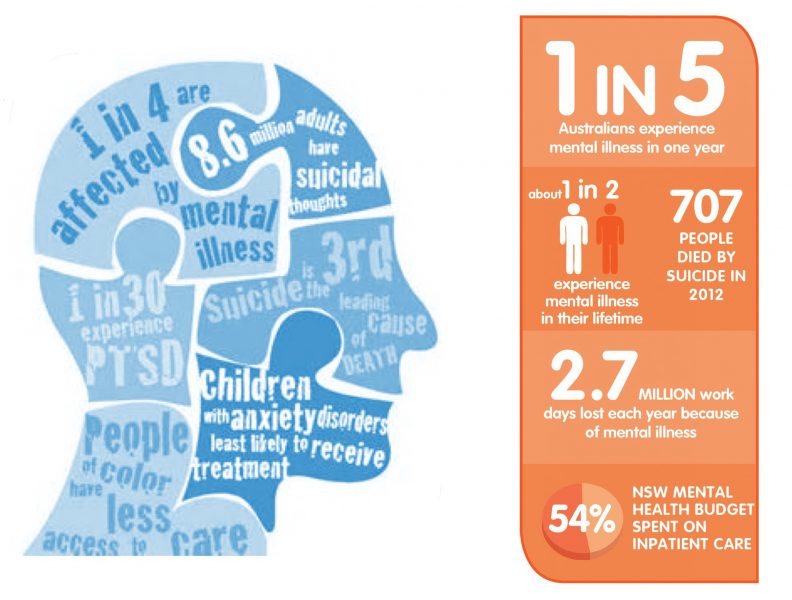 Mental illness is highly insidious and once it strikes, it does so in a brutal fashion. Seeing a psychologist on a regular basis as a preventative measure of contracting mental illness could significantly reduce the risk of it ever happening. The adage, an ounce of prevention is worth a pound of cure, certainly applies here.

The problem with men

There are always exceptions to the rule, but men, in general, are well-renowned for bottling up their emotions to the point, when needed to release them, they blow up like a pyroclastic cloud erupting from a South American volcano. Men, in general, do not like to talk about their emotions and soft skills, certainly not with their managers or colleagues. Many even avoid discussing them with their families. One result of this in recent times is that there has been a radical improvement of highlighting men’s health issues, particularly through social media outlets. The first hurdle to achieve any level of success by any of these men’s health programmes is to overcome men’s misguided stigma of being ostracised by others as being viewed as mentally weak if they consult with a psychologist or take part in a men’s awareness programme targeted at mental health. It takes a lot of guts for most men. 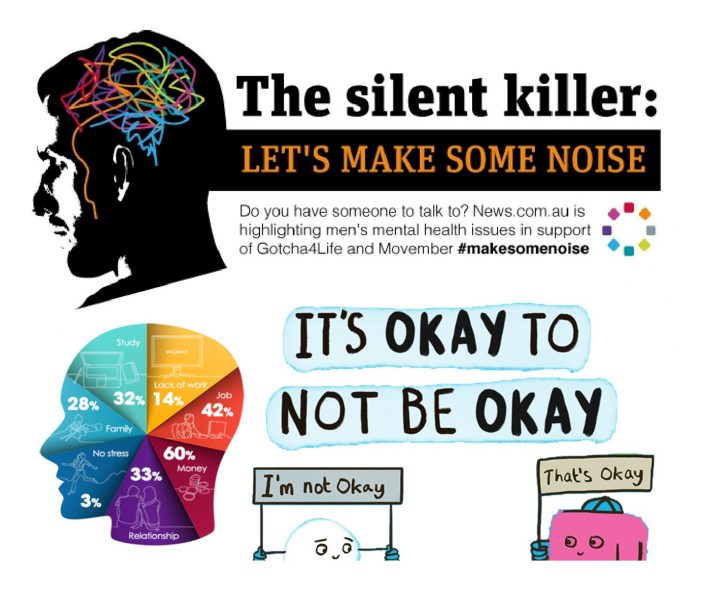 Who should regularly see a psychologist?

It is unlikely that anyone living a peaceful Henry David Thoreau-style sort of life alongside a pristine lake would benefit from seeing a psychologist from time-to-time. However, many of us live in a fast-paced, chaotic and confused world, and there is often a need to ‘offload’ with someone unconnected from your family, friends or colleagues.

Many years ago, my stepmother worked as a counsellor in a mental ward in the UK. Although she had some of the most interesting conversations with the patients, there were moments of high stress dealing with some of the patients, one of whom tried to stab her on one occasion. These organisations, including the police and correctional services departments strongly encourage those working in these environments to keep up regular appointments with their free-to-use counselling and psychology services.

Many of us comment on how leaders of world economies visibly age in the space of a couple of years. With little sleep and free leisure time, coupled with the power to make decisions that may affect millions of lives, one would hope that they have access to a dedicated psychologist or analyst for them to offload and decompress. The same applies for airline pilots, military commanders, those working in emergency and medical services, right down to those in full-time careers with high stress loads. 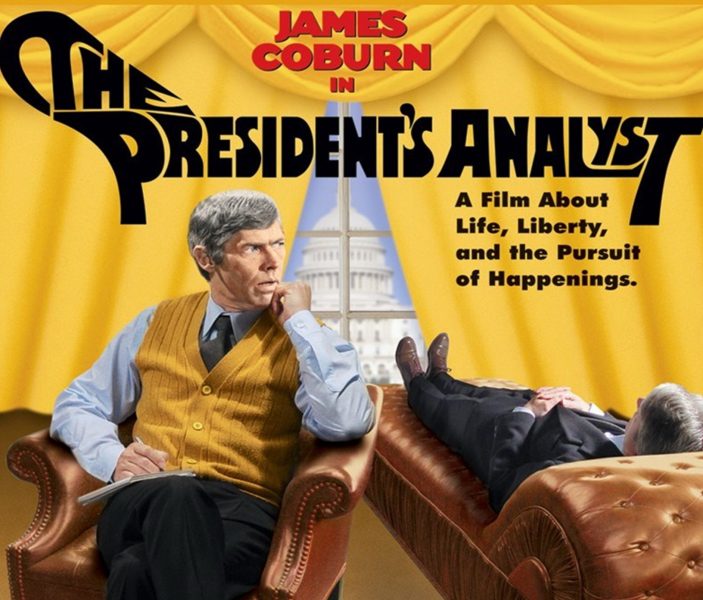 What happens when one visits the psychologist?

I once envisaged that every psychologist would be suited up in fineries and conduct his work in a plush ‘oldie-worldie’ environment complete with an imposing leather-bound desk and the obligatory chaise-longue to hand. The reality is a little different, although I am sure there are exceptions! The surroundings will be informal but private. Refreshments are often provided. The psychologist will be casual and friendly, but also remain professional.

What normally happens is to have a chat about what one’s done and how one feels about it. This is one of the few occasions where an open discussion can take place within a confidential and safe environment. Unless there is a potential of physical danger to oneself or others, what is said during a session remains within the walls of the room. The psychologist is not only there to cure, but also to provide the necessary tools required to keep a square frame of mind using preventative measures; for example, by methods of relaxation or suggesting techniques like keeping a diary, maintaining an interest in other activities and many other healthy pursuits.

How do I find a psychologist and is it expensive?

Finding a good psychologist is not terribly easy, but once one does, it is worth it. I generally do not suggest that a psychologist referred to by a local general practitioner always makes for the best choice. A little research pays off. I found one simply though a friend who owns his own business and went through a very difficult period about a decade ago. Good psychologists are often in high-demand and it is usually difficult to make appointments at short notice; therefore, it pays to ensure that a regular set of sessions are scheduled well in advance.

Location is important as well. Finding a psychologist nearby to where one lives or work is ideal; although, one may move work locations on a more frequent basis than the psychologist. As far as expense is concerned, this ranges enormously from $60 to more than $300 per hour. Those more on the high side of the price curve tend to be either well-known and connected with prominent clients and are usually located in city centres or more affluent neighbourhoods. There are usually plenty of others that one can seek out charging significantly less. For those living in Australia, a general practitioner can provide free or subsidised access to a psychologist through a mental health plan. Therefore, it pays dividends to make an appointment with the GP to obtain advice before seeking a psychologist.

There seems to be not a day when I turn on the morning news and nothing is mentioned about the mental health of the nation. Too many of us, particularly men, ignore the well-being of their state of minds and often avoid taking preventative measures to stave off mental health problems before it is too late. Alcohol and drugs are sometimes turned to only to worsen the situation. Most of us see a dentist at least once or twice a year. Many see a GP for health check-ups annually. Very few of us regularly see a psychologist. The stigma of checking in with a psychologist from time-to-time still very much prevails today. We tend to instantly assume that if one admits going to a psychologist on a regular basis, that there’s something wrong. However, we don’t assume the same for those going to their dentist or GP. There is change afoot and a gradual push to openly reach out to those who can take benefit from seeking regular counselling or psychology services for preventative mental health care. It is no longer the sole domain of high-powered politicians, doctors, airline pilots and emergency services workers. Everyone can benefit.