The Bliss of Not Driving a Car to Work

Shôn Ellerton, October 18, 2019
Many of us get tired and stressed before we step into the office just by driving their cars. Here’s my story. What’s yours?

After having spent the last few years driving my car to work, which I thoroughly detested, I am back to my friendly train commute from home to Adelaide’s CBD (or city centre, downtown, whatever). Gone are the endless waits at right-turn traffic lights. Gone are the arseholes who just want to carve you up on the road to gain that extra second ahead of you. Gone are the decisions whether to take the main road and sit behind a queue of smelly exhaust-emitting cars and trucks or take the neighbourhood back roads complete with backbreaking speed bumps. Gone are the days of trying to find a place to park. You’re halfway stressed before you even step into the office!

Instead, I have a five-minute walk to the train station, where a graffiti-free, clean, air-conditioned electric train with plenty of comfortable seating picks me up. I have, at my disposal, the luxury of dozing off, reading a book, having a chat with my fellow passengers, or simply watching over the azure blue sea of the Gulf of St Vincent and the leafy suburbs of southern metro Adelaide before the train terminates in the heart of the city. All this with only two intermediate stops on the express service which takes a mere 25 minutes. From there, I have a free tram service or a 20-minute walk to my office through the streets of the CBD.

Getting back to having a chat with your fellow passengers, this is an interesting one. For those of you that have regular commutes, you probably come across the same people on your travels but never, for one moment, would dream of taking the opportunity to introduce yourself. I usually do not myself, however, I found myself frequently sitting in front of a couple in their mid-60s; a man with a wide girth who spent every trip in a state of deep sleep and an inquisitive-looking woman who seemed to simply enjoy devouring novels. I made an introduction and so did she; he was, after all, fast asleep. I did the same with a gentleman who walked the same way home from the train station who calls himself Jim. You get to know their names and, now and again, you say hello to them by name, and they smile, often with surprise, and I do likewise. 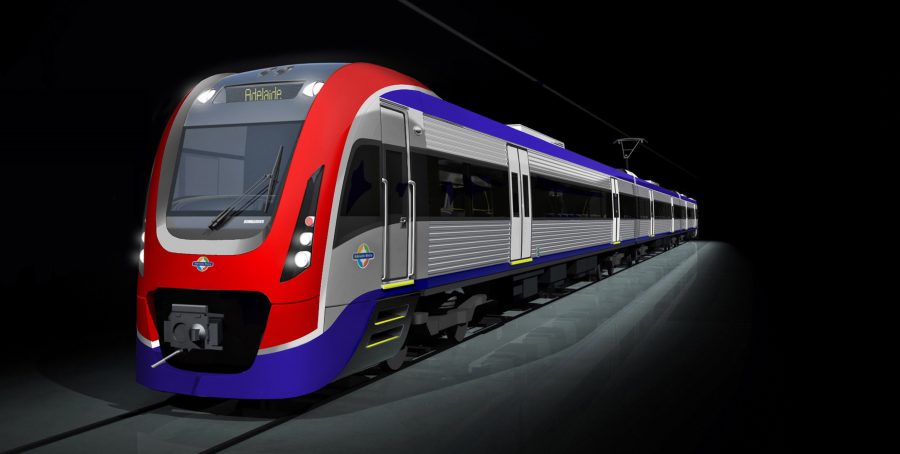 In my younger days, I’ve spent years commuting on the London Underground, and by Jove, what a bunch of miserable farts there were. Were they not talkative or did I not have the inclination or courage just to simply say hello my name is…? Nothing brings this to a light better than reading through Kate Fox’s marvellous book, Watching the English.

Walking to work from the station is a new experience every day but one needs to remove those headphones, avert your eyes from your smartphone, and simply look up around you and observe details. What’s that little cornice feature along that ledge there? I never noticed that bronze bee on top of the building. How interesting. A bunch of tennis balls stuck in the grooves high up on a side of a building. How did they get there? And what about all those model toy cars affixed to that other wall? Why would I need a men’s perm haircut for $100 advertised in one of the outside arcade malls I sometimes walk through? Damn, that bacon and coffee smells good down this passage, but wait, I don’t feel so well today, so I’d prefer to take the other route outside in the fresh air. There are sometimes homeless people on the way. I once stopped to talk to one of them who camps out next to the Pilgrim Uniting Church on Flinders Street. His name is Michael and is just hard down on his luck. I have a little chat with him and give him a few bucks. The next day, a charitable gesture was made by a woman who gave him some fresh oranges.

On the way back home, I hook up with a friend and we go whisky tasting at the Malt and Juniper fully knowing that we don’t have to worry about drink driving. I amble back to the train station, manage to find the right train, hop on, and, almost immediately fall asleep only to find out that I ended up at the end of the line in Seaford 36 km to the south. It doesn’t matter because the train will go back the same way it came in a few minutes or so.

Many of us don’t have great commutes to work. I can vouch for that having spent seven years commuting on the M25, London’s arterial ring road also known as the world’s largest car park, to get to my office in Hatfield in the UK. One of the worst commutes I know of is from an ex-colleague of mine who worked on the same premises in Hatfield. Every day, he commuted from the Isle of Wight to Hatfield and back by car. That’s nearly 7 hours per day of frustrating road commuting including an expensive road ferry hop! However, on one of the better commutes, I know someone else who has a 5-minute walk to the ferry terminal at Manly, a lovely seaside suburb near Sydney, and takes the ferry across the beautiful waters of the Harbour to Circular Quay with another 5-minute walk on the other side to reach his office in downtown Sydney. On his way home, he has a leisurely cruise back to Manly. A nice way to de-stress the day!

Yes, public transportation is an expense we all pay for, but it sure the hell beats the car!

What are your commuting stories?