Shôn Ellerton, December 19, 2019
A little discourse on the art and mystique of handwriting and how we might be in danger of losing the ability to write by hand.

On the dining room dresser at home, I have a large glass jar packed tightly with an eclectic collection of ballpoint pens. There must be near enough one hundred of them packed in there of varying colours, shapes and sizes. At the end of the dining room table, a near-permanent stack of papers that need seeing to lie amidst yet more ballpoint pens, this time, however, all being the same plain-looking ordinary black ones. It only occurred to me the other day that the reason I have so many of them is that my wife, a registered nurse, always keeps a pen with her at work, then brings it home, and forgets to take it with her to the hospital where she works the next day. Surprisingly, as cheap as those hospital pens are, they are amazingly good pens, whereas half the pens in the jar have given up the ghost and ought to be thrown away.

Despite having a bucketload of pens lying around the house, it’s ironic insofar that I use them for only four purposes: filling in forms, taking notes at work, writing a shopping list or writing in my daily diary. Much of what I do is on the keyboard primarily consisting of emails, computer programming and writing articles.

I decided to spend a bit of time to test out the pens and turf away the duds. Rummaging through desk drawers, I came across my rather nice Waterman fountain pen along with an arsenal of Noodler’s ink of varying colours. I hadn’t used it for years, and being thoroughly dried up and blocked, it needed a good rinsing out with hot water. It has a fine nib and refused to flow for what seemed to be an eternity. It was then that I thought about the art of handwriting and if we are slowly losing it in our digital age.

Before taking up a daily diary, about two years ago, I noticed how my handwriting had degraded to the point I nearly forgot how to write in cursive (or for those not familiar with the term, joined-up handwriting). For years and years, I’ve been writing in print style which requires lifting the pen each time you begin the next letter; a decidedly inefficient tactic at best. I’ve forgotten how much less strain there is on the hand when writing in cursive. Two months in from the start of the diary, I finally managed to regain my cursive writing skills in full.

Many schools are phasing out cursive handwriting all together because of the need to learn keyboard skills. I think that’s a shame because, not only is cursive an artform in its own right, many historical documents have been written in it making them unreadable for many. Many examinations that have, traditionally, required long passages of handwritten responses have been replaced by multiple choice making it, of course, far easier to be graded electronically. In the professional world, I remember taking an exam on project management methodology originally used in the British defence industries on undertaking project management within controlled environments, the PRINCE2 exam. The second half of the exam, the practitioner’s exam, was mercilessly hard on your wrists given the amount of writing one had to do to complete the brutal essay-style questions. It would have been far easier to write in cursive, but I was out of practice in my cursive-writing skills. Nowadays, of course, most examinations are all in the multiple-choice format.

Not all cursive looks elegant. I’m not particularly happy with mine as it looks a little ‘schoolyardish’ or perhaps, something that resembles a doctor’s script. However, there is a beauty to be admired, for example, when looking through some of the fine handwritten letters from the olden days before the advent of digital technology. If one is not familiar with cursive, reading it may be problematic. Many letters look entirely different from their print counterparts. The letter ‘Q’ is a great example looking far more like a ‘2’. Russian cursive is even further removed from its print counterpart and looks decidedly cryptic.

The art and mystique of handwriting

I am teaching my four-year-old to learn how to write in print and in cursive and my wife is teaching him how to write in Mandarin which boasts an incredibly beautiful script. These are skills often not taught extensively as they once were within our schools. One of the key ingredients to good writing skills, is to know how to hold the pen properly; the classic ‘triploid finger’ pose. What makes the fountain pen interesting as a learning tool is that a fountain pen does not tend to work at all if held improperly, whereas a pencil, felt-tip, or a ballpoint pen will. Try it and you’ll know what I mean. 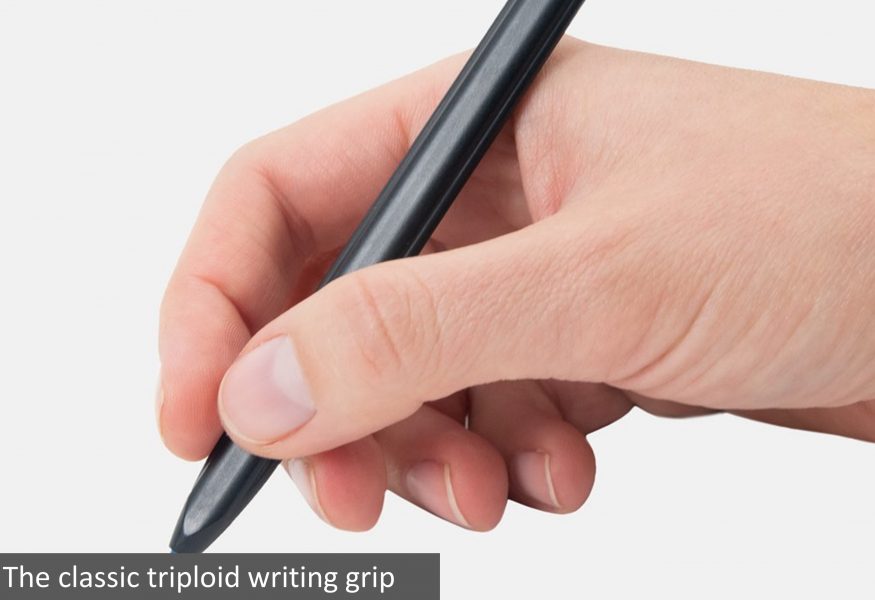 Handwriting may be on the decline, but it won’t disappear altogether. For example, many of those in the upper echelons of management whether it is in industry, the military or otherwise consider the art of handwriting, a powerful sense of being where the pen is mightier than the sword. Hobbyists who simply enjoy writing and traditionalists who send personal handwritten letters to friends and family through the postal service will keep the craft alive. 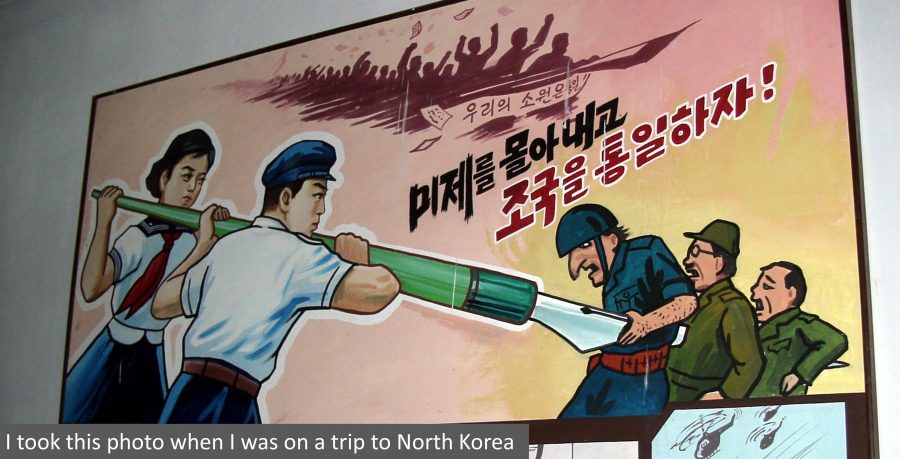 It is sometimes viewed as being sophisticated or elite when in possession of a fabulously beautiful fountain pen, much like it is when wearing an expensive watch. Functionally, using a cheap ballpoint pen and checking the time on your mobile phone will, essentially, do the same thing as a fountain pen and a clockwork watch. However, there is that sense of tradition, handiwork and timelessness of owning something of beauty and durability which isn’t going to break down next year, come obsolete, run out of batteries or simply run out of ink only to be thrown away.

Even the colour of ink has an interesting place in history within certain circles. The use of green ink has, historically, often been reserved for use by high-ranking officials or those with extraordinarily superior and powerful authority. Red ink is used for signing death warrants in Pakistan or writing insults in Portugal or used by medical nurses in the olden days. Turquoise is used in Pakistan for high government officials and brown was used in Germany for signing death warrants. Most everyone tends to use black and blue of course. 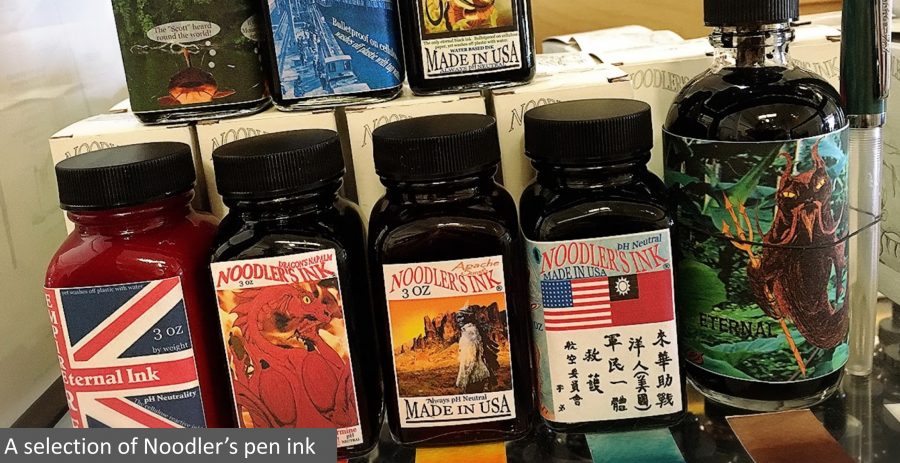 So many activities that required a pencil or a pen has been transitioned over to the keyboard and the mouse. It has become so commonplace now that the very notion of writing a handwritten letter is seen as either very special or even eccentric in nature. In my mid-twenties when the Internet was still in its infancy, I applied to several engineering firms by writing letters with a fountain pen on high-quality woven paper and then sending them out in the post. These days, recruitment agencies and companies receive thousands of templated emails every time a position is up for grabs. To this day, if there is a job I really want to secure, I will write a traditional letter as I once did as a follow-up from the electronic application. It could make that one crucial difference in securing the role.

The skill of being able to write elegantly has now turned into an artisan’s craft rather than what was once quite commonplace; one only has to observe the high quality of the handwriting on old postal letters. In China, calligraphy is considered one of the highest forms of arts, a practice that can often be observed by watching people on the street pavements drawing Chinese characters in water. English script has a rich variety of calligraphy, an art seldom practiced by many. 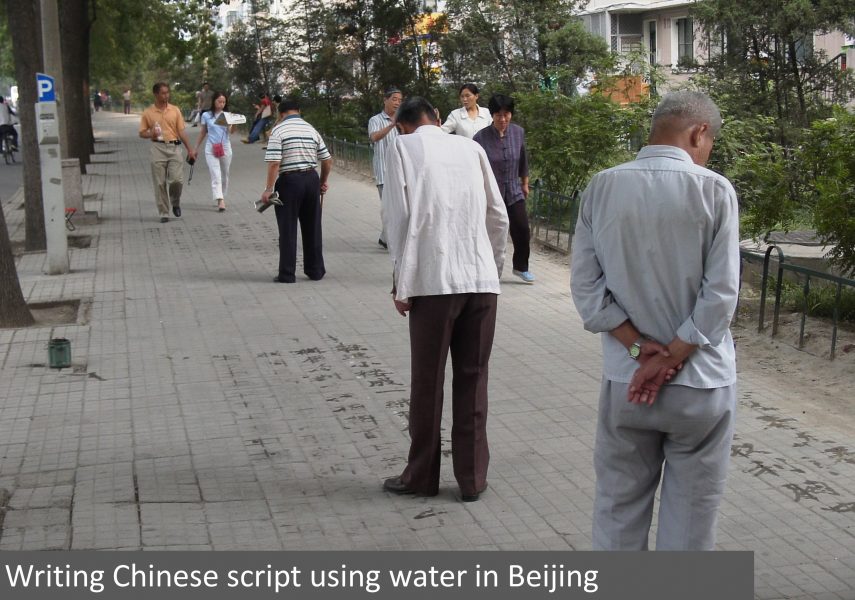 As for keyboard skills, I am one of those who claim to be ‘semi-touch-typist’. I need to, now and again, glance at the keyboard to see where my fingers are. The only time I use my little finger is for the ‘Shift’ key and the thumb for the ‘Space’ key, otherwise I rely on the middle fingers only. Back at elementary school in the days when the Commodore 64 personal computer and Van Halen was in vogue, we were taught to touch-type on typewriters with keys covered in red fingernail polish to discourage us from looking at the keyboard.

Many of us know how poor keyboard skills, along with poor body posture and bad positioning can affect our wrists after long use. An ex-colleague of mine had surgery on his wrist having had repetitive strain injury. Much like playing a keyboard instrument like a piano, using a keyboard properly is very important. As for touch-typing, this is a skill mastered by only a few and will probably continue to be that way as, by that time, voice-to-text devices may dominate over keyboards by then.

I might have rambled on a bit and reminisced more than I ought to on the merits of preserving the craft of handwriting, but if we do not teach others or our children how to write, we will certainly lose the ability to do so.